Palestinians on the red carpet, bearing the outline of the Balfour Declaration, during a film festival in Gaza City on May 12, 2017 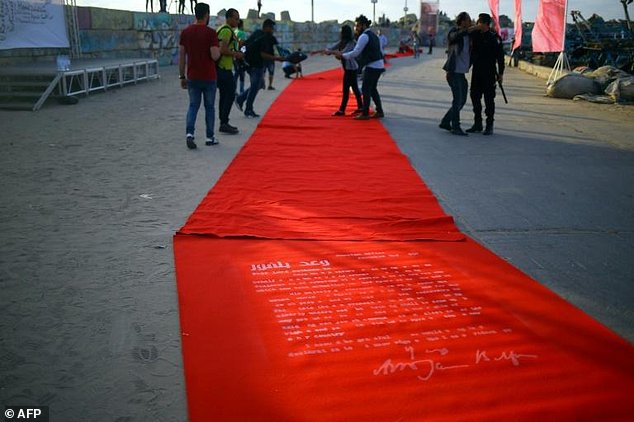 Gaza doesn’t have much space for cultural events — there is no proper cinema in the entire enclave — but this weekend the city’s port has been transformed into a venue for outdoor screenings.

Palestinians despise the document, saying it gave away their independence, while Israelis hail it as an early recognition of the need for a Jewish state.

Tamara Matar, a 21-year-old law student, said the festival gave her a chance to “feel free” in the tiny enclave which has been under Israeli blockade for a decade.

“There is no cinema in Gaza,” she said. “I watch films at the festival because of the blockade and the closed borders, the unemployment and the electricity crisis we have to endure.”

Instead of the “stereotype” of violence and destruction, it showed that “in Gaza young people have creativity and love of life.”

“Our message to the Palestinian leadership in Gaza and the West Bank — we want freedom, we want a cinema in Gaza,” Saftawi said.

Rif Kassem, a Syrian refugee who has been living in Gaza for four years, attended a screening with his wife.

Mohammed, 27, walked down the red carpet with his sick father in a wheelchair. 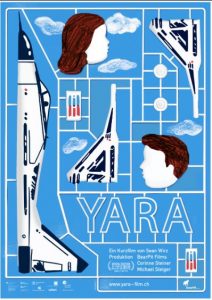 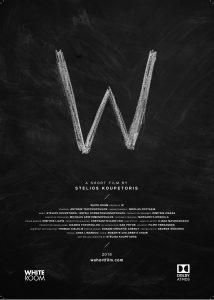 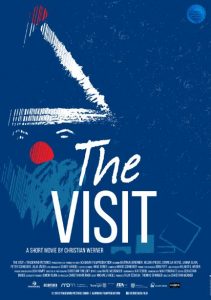