The 4th Red carpet festival for human rights films was conducted on 26th Nov, 2018 until the 29th , 2018 as part of the Forth cycle. Which was opened by unfolding and laying out a red carpet that was 50 meters long. Audiences of all ages flocked in to it, leaving their animated imprints for others to follow along to the PRCS theatre. This was followed by a dance performance that was implemented by the Sunstone band. this Preformance was Followed by the  documentary film “between two borders” which where directed by the martyr journalist Yasser Mortaja. The film screenings were expanded to include cultural centers and NGOs. A number of presentations made at Gaza association for culture and art, Al-aqsa university, the American Corner in Alazhar university, Al-Taghreed society in Rafah- the south of the Gaza Strip- in the evening. Then the festival concluded on 29th Nov, 2018 with with a number of Palestinian folklore songs  performed by Raouf El-bilbisi, This was directly followed by a group of videos that carried messages of directors living outside Palestine, and a series of films promos participating in the Festival. More than 9000 visitors attended. In spite of the limited resources, the festival successfully delivered the message behind it, the festival covered by local, region and global media. 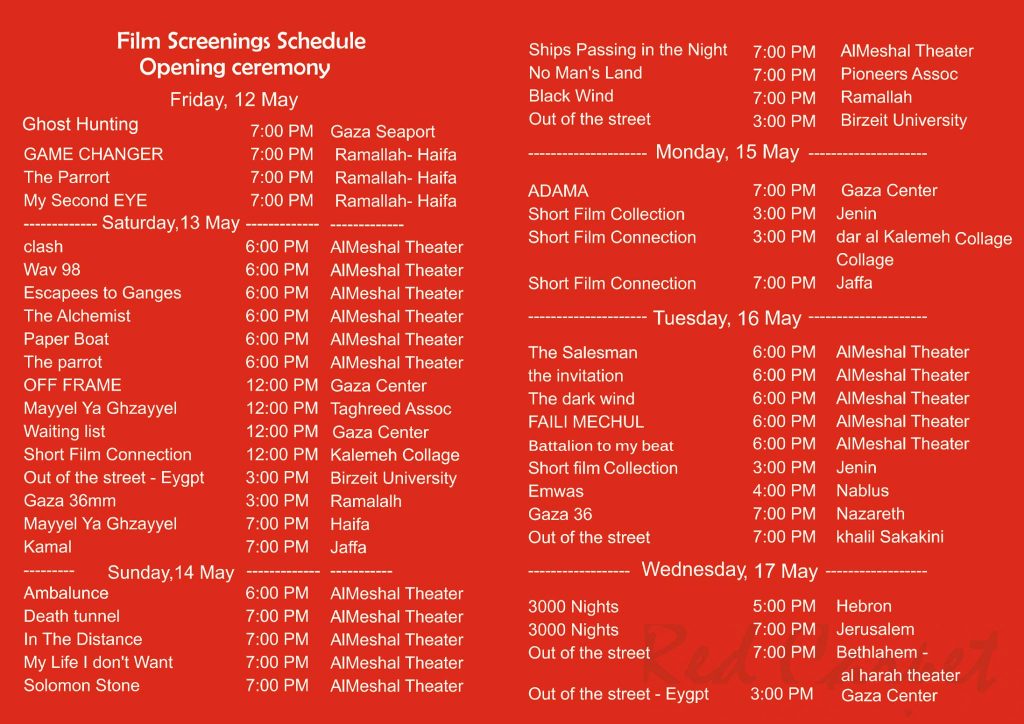